The future of work: 5 key trends for the next 10 years Deskless Workforce
The future of work: 5 key trends for the next 10 years 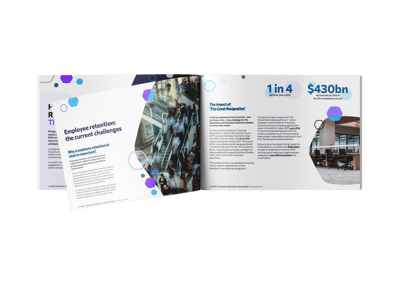 Guide
How to Retain Your Retail Employees: The Ultimate Guide
Download the Guide

Will ‘workplace’ become an antiquated term and fall out of use? A relic from a time when work was a physical space to be communally attended? Will there be a pandemic of mass unemployment as machines begin to step in, replacing humans?

Read on for our 5 predictions!

The rise of the gig economy in the last decade led to a rise in the number of people working on a project-by-project basis. Project-based work appeals - in part - because of the flexibility it offers (43% of remote workers reported flexibility was the greatest advantage of remote work).

Another alluring attribute is the prospect of becoming self-governing. Want to sleep until 3pm and work until 11pm, every day? No problem. You decide what you do, when and for how long. 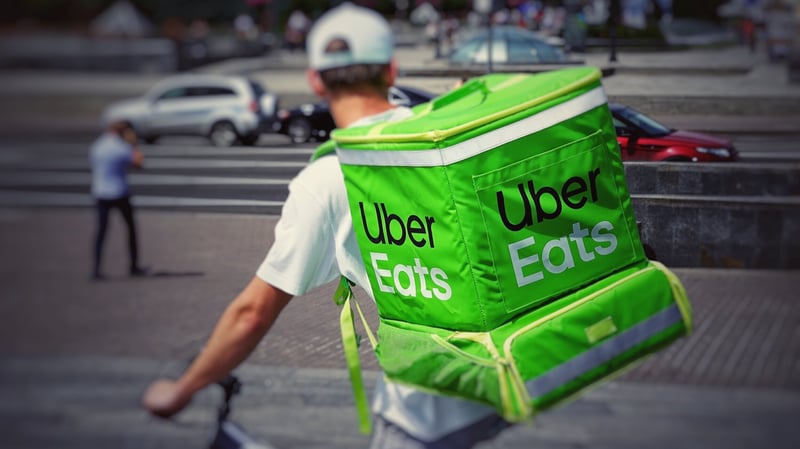 The gig employee knows why project-based work is attractive. But employers will begin to embrace its advantages in a bigger way. Taxes, benefits, holiday, lost time in meetings, equipment, all make costs soar. It’s said a $135,000 earning full-time employee actually costs a company $175,500 - $216,000 in a year. Freelancers, on the other hand, cost less. Their daily rate is what they are paid - there are no “hidden costs” to be absorbed.

Within conventional work, there are also natural peaks and troughs in need for employees. We’ve all heard horror stories of wave redundancies. These ebbs and flows in employee need make project-based hires an ideal solution for companies.

But the 2020s won’t herald the end of work as we know it - permanent and full time - rather the makeup of a company’s workforce will shift to include “a diverse mix of full-time and contract workers,” as one recent Forbes article put it. 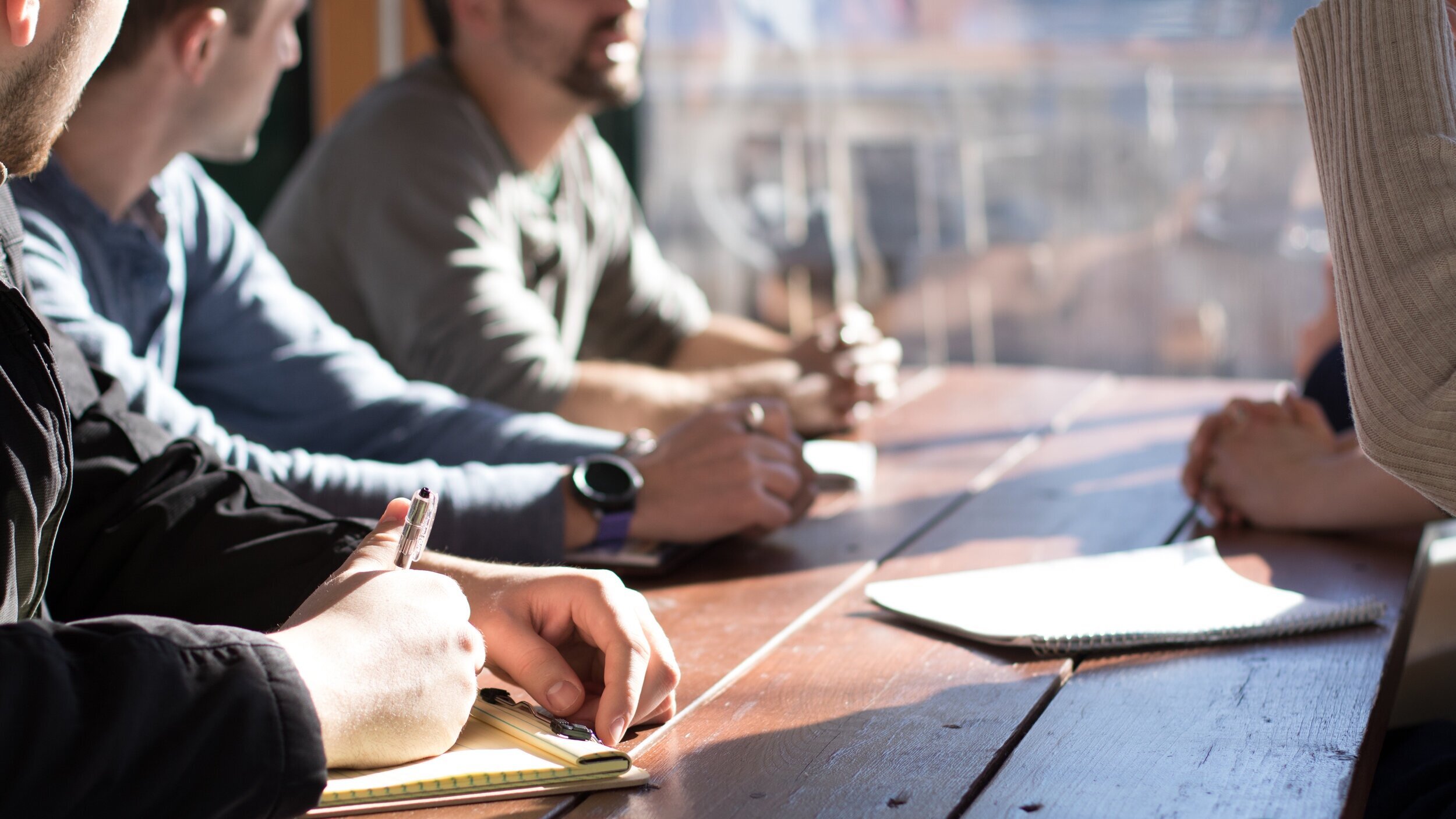 Companies will likely optimise their workforces with hybrid teams, consisting of a core set of permanent employees, alongside the best on-demand employees.

It’s not just how people work that is changing, but their location is too. 2.7 billion people are currently deskless and soon 50% of the US workforce will be remote.

With the universalisation of the internet and conception of software like Slack, Zoom and Trello came the ability to manage a remote workforce effectively, from project management to employee engagement. You can call into meetings and replicate all important face-to-face (or, screen-to-screen) interaction. Most anything can be completed remotely and the need for a physical, communal space to occupy has never been lesser.

Untied from the constraints of a traditional office, people can work from wherever they like - across time zones and oceans apart. Even in companies that rely on communal physical spaces, work from home (WFH) policies mean workforces are more often disbanded than not. 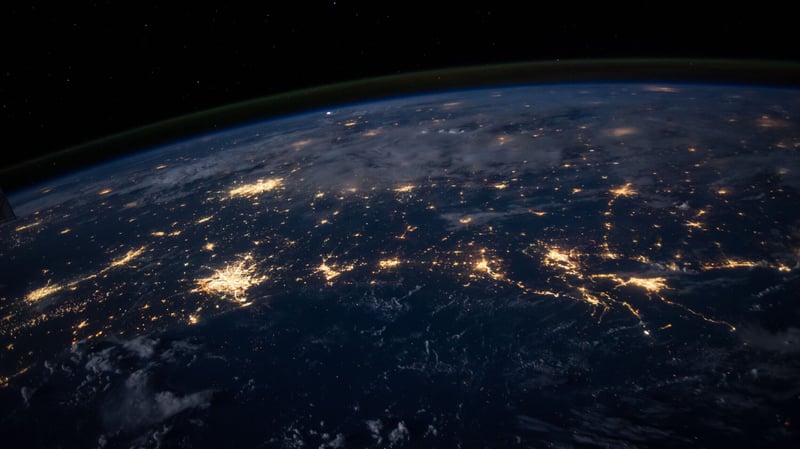 As new as working from home policies seem, even they could become dated in the next decade. In the 2020s, work from home will evolve into ‘work from anywhere’ (WFA). A Harvard Business school report found there was a further 4.4% rise in output in employees who were working from anywhere (in the world), as opposed to just at home within commutable distance to an office.

The benefits of a dispersed, globalised workforce are mutual and two-fold.

From a company’s perspective, the pool of talent is borderless. It’s also financially advantageous. Andrew Filev, founder of Wrike, estimates shifting to a mobile work set up would save enterprises up to 25% on commercial real estate and energy costs. In 2015 companies saved $44 billion by simply letting employees work remotely. Imagine the financial implications for businesses if employees were permanently working elsewhere? 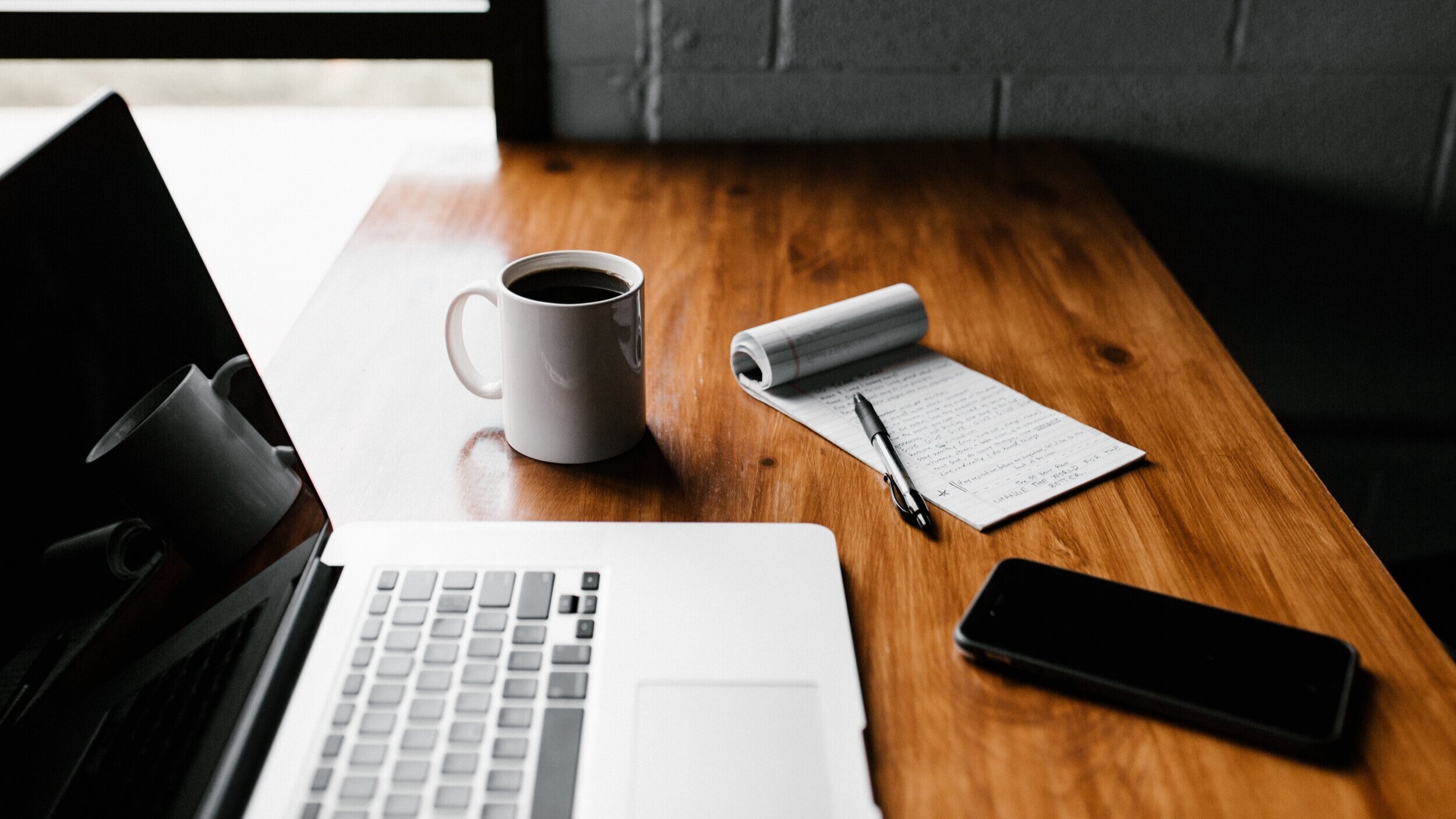 From an employee’s perspective, it frees them from having to stay in a single place - people will live where they choose rather than in close proximity to a physical workspace. But the perceived benefits don’t end there. 69% of remote workers reported improved work-life balance, 50-51% reported saving time and money, and 40% reported a reduction in stress.

Another unintentional but desirable by-product of the shift to work from anywhere is the impact on the environment. Every year in the U.S., the atmosphere is spared of 3.6 million tons of greenhouse gas emissions when employees don’t commute.

The exact rights on-demand workers should be afforded has been a contentious topic this decade. As more people turn to flexible contract work, employment laws will have to be changed.

What could this look like? In May 2019, a bill was passed in California that stated contractors must be classified as employees if they are part of a company’s regular business or they exert control over how they perform their tasks.

Increasing regulation is leading to re-identification of gig employees in law across the board. In 2018, Gary Smith won a case against his former employers Pimlico Plumbers. He claimed he had been unfairly dismissed after he suffered a heart attack and had asked to work fewer days a week. 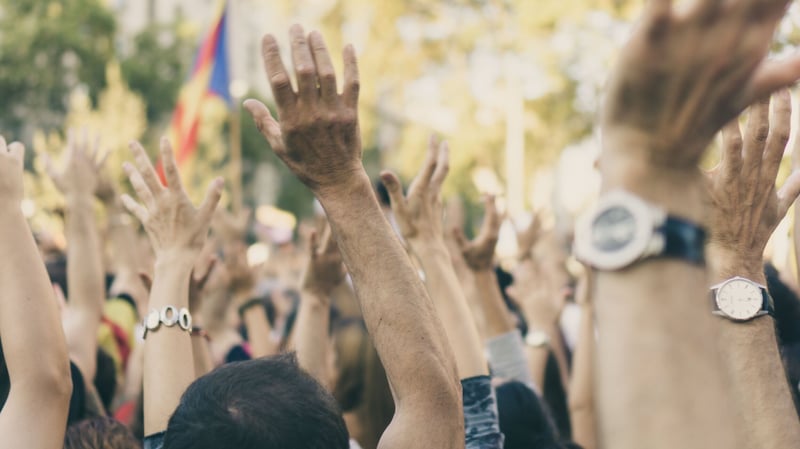 After an 8 year legal battle, the court ruled in his favour. They determined Smith had been an employee, rather than self-employed, and classification is everything. This was a landmark ruling. It boosted employment rights of gig workers in the U.K. by setting a precedent for similar disputes over employee classification.

But new legislation like this is a double-edged sword. What rights fall under the remit of differing titles like ‘independent contractor’ and ‘employee’? Where will the lines be drawn? Increased rights could come at the expense of the very flexibility on-demand workers hold so dear, as well as gig companies’ business models, which are somewhat contingent cutting costs associated with full time employees.

It’s estimated that by 2027, 60% of the workforce will be made up of independent professionals and that companies will have to spend up to $6 billion on improving the rights of this independent workforce.

What bears to be seen is how this will be executed in a way beneficial to both employee and employer.

In ‘Jobs lost, jobs gained: What the future of work will mean for jobs, skills, and wages’, the McKinsey Institute found that ~50% of current work activities are automatable. 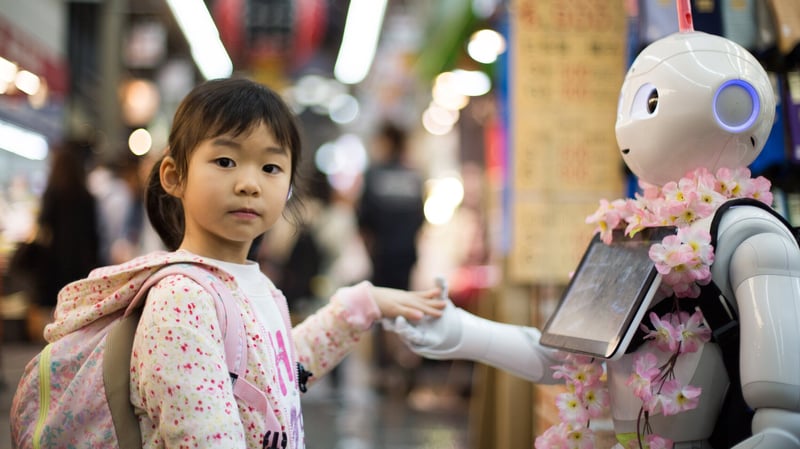 Does this mean things are about to become uncomfortably close to resembling the dystopian future depicted in ‘I, Robot’?

Probably not. Although what the 4th industrial revolution (4IR) will entail in its totality can’t be known until it happens, the future of robot-human relations is likely to be complementary - more one of symbiosis than altogether replacement. 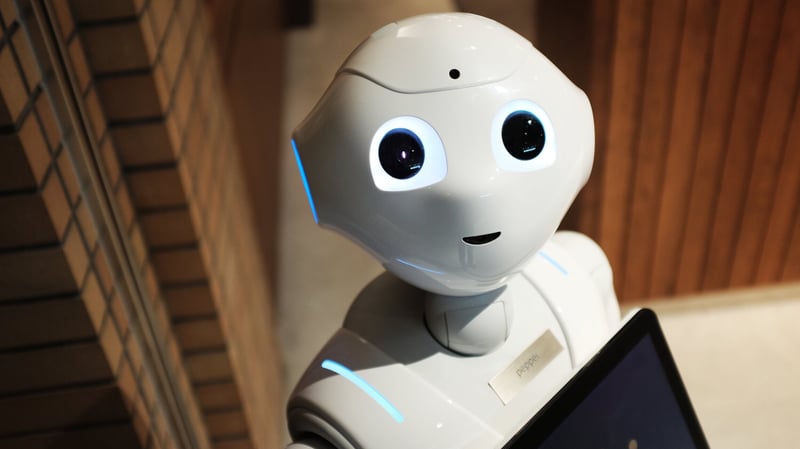 Machines may begin to carry out automatable tasks, but humans will reign supreme when it comes to soft skills like emotional intelligence, networking and creative thinking. Neil Jensen, Vice President at Workday shared earlier this year that he believed:

“The future of work will be uniquely digital and uniquely human at the same time. As much as artificial intelligence, machine learning, algorithms and other emerging technologies will reshape the way we work, the human element will always be an important part of the new world of work.”

So no need to panic (yet)! Kyle Jackson, CEO of Tailspin, concurred, predicting that technology won’t replace humans, we will just see more integration. His vision was a positive one, where AI will “empower connections, breaks down barriers and allows for more flexible workplaces”.

Empowering human connections, breaking down barriers between people and data, and allowing for more flexible workplaces? A future that sounds good to us!

Workforce Success to the fore 🚀

There’s been much said of the importance of employee engagement in a time of chronic workforce disengagement. It’s a valid concern considering only 13% of employees worldwide are engaged.

But focusing on engagement alone is short-sighted.

Engaged employees are undeniably paramount to a company’s success, but the approach to achieving success, as a collective, has to be more holistic. And that’s where Workforce Success comes in.

Customer Success had its heyday - it’s been tried, tested and is now the universally accepted method for customer retention. It’s standard practice when it comes to B2B SaaS companies securing their own success by first securing their customers’.

Ensuring Workforce Success (the parallel of Customer Success, but for your people as opposed to your customers) doesn’t just mean nurturing one aspect - like engagement - of what makes a workforce successful. It is a multi-pronged approach. 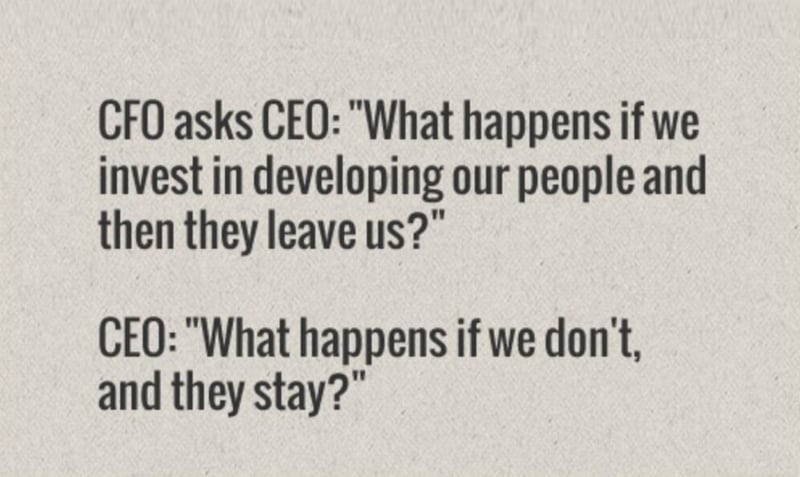 Workforce Success takes into account several factors. Like the fact that smartphones rule the world. Of the estimated 5+ billion mobile devices owned worldwide, more than half are thought to be smartphones. And we check them every 12 minutes.

A side effect of the advent of the smartphone is their impact on our attention spans. It is harder to hold our attention in a time of digital oversaturation and overstimulation.

A 2015 Microsoft study reported our attention spans were down to 8 seconds from 15 in 2000. A more recent study from the Technical University of Denmark backed this up. When looking at hashtag trends globally, researchers found hashtags in 2013 stayed in the top 50 for ~17.5 hours, decreasing to ~11.9 hours in 2016. Shortened attention spans in turn mean the way we process and retain information has fundamentally changed.

What has smartphone usage and narrowing attention spans got to do with Workforce Success?

To empower your workforce to be successful you need to reach them where they spend most of their time (smartphones) and in ways optimised for their new, short-attention-span-induced, learning preferences (short-form content). By providing your people with what they need to excel, when they need it, they will be empowered to perform at their very best.

You increase workforce productivity by providing highly accessible and engaging upskilling opportunities. Having the ability to surface relevant information at the appropriate time will empower your workforce. Newly motivated and engaged, they’ll build a sense of community and foster your culture. Ultimately this breeds loyalty and productivity.

Just a few of the advantages to employing Workforce Success include reducing absenteeism by 41% while upping the quality of output by 40%.

Are you adequately equipped to ride the wave of workforce change this decade will bring? 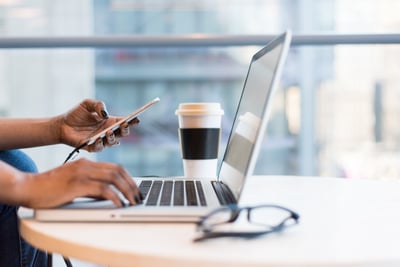 Digital Transformation in the Workplace: The Statistics 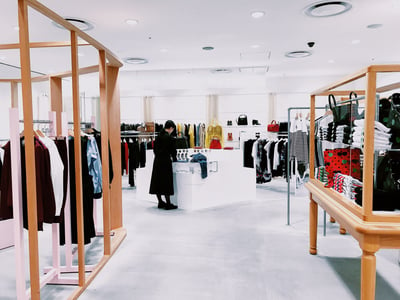 How To Optimize Your Retail Store Operations